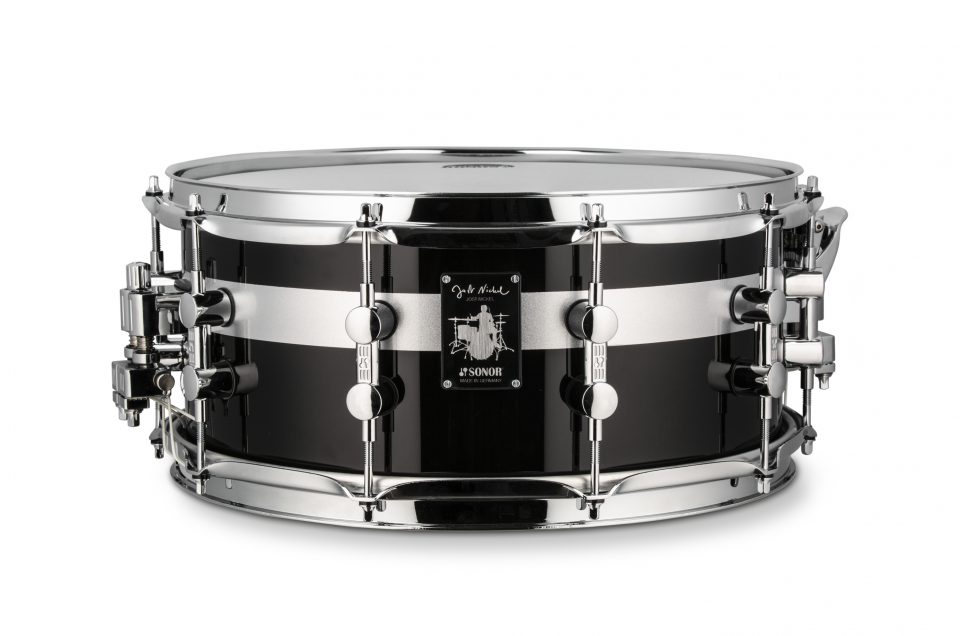 I am proud to present to you my brand-new Sonor Signature Snare!!
Before I go into technical details, let me first say something about the video that I recorded to show the versatility and the beauty of that instrument:

Writing the piece for the video was fun AND took long because it consists of 9 different parts.
Just sitting at home and writing the parts out didn’t do the job. I mean, I can imagine how certain things sound together but the musical effect was hard to tell.
I actually recorded demos of all parts, then changed them and went back to record them again to really be sure that it all works. Everything is highly intertwined – so I had to make sure.
On the day of the shooting I first recorded the parts where I only play snare, then the main theme with the three snares and also the three toms. I wanted to keep the main theme simple to have a hook even for non-musicians.

As soon as I played parts that were on top of an already recorded part, I listened to these while recording the new part. I did that to really lock in with my own playing. Only playing to a click won’t help. You have to listen to the other parts so that it really feels good in the end.
Then I continued to record the three different parts that I play with the small drum kits (kick, snare & hat). All the bass drum parts are different from each other and also all snare accents. You can identify the different figures if you listen with headphones or with good speakers. What you see on your left you also hear in the left speaker and so on.
We recorded the drum solo last. After the solo, there’s a really nerdy part before it goes back into a groove. Even though it sounds like the tempo changes….it doesn’t.
Plus there’s a quintuplet in there, haha 🙂
The drum solo was improvised except I had to make sure to get the three unison parts.
It was very hard to remember all parts…..so before we recorded a new part I had to re-learn it.
——
I will stop now.
Please enjoy watching the video and leave a comment!
What can say about the snare itself?
It sounds great and it looks awesome and I am proud of it 🙂